Ok, Pinelle and Pinelli, I confess… I am a TV series junkie!! 😀
I just love them… and let’s be honest; those shows really get you hooked!!! Since I’m in such good company, the Pinella Crew and I decided to create a post about our favourite TV series.
Right now, mine are Covert Affairs, House of Cards, True Detective, Breaking Bad and my top show of all… 24! Then there’s a series I recommend to all fashion blog fans, and it’s Mad Men.

If you haven’t seen even one episode of these three TV series, well you’d better get busy. But maybe you know some of the ones that Claudia, Aurora, Azzurra, Chris, Tommy and Leo recommend… 😉

Claudia: if I had to choose one, I’d say Homeland. It’s full of suspense, love and intrigue… you’ll be glued to the screen from beginning to end! I am so looking forward to the fifth season, and I am trying to avoid all the spoilers online… ehehhe also because the finale of the fourth season really left us with bated breath!!

Aurora: “Men are like high heel shoes…”  Oh yeah… it may be quite an obvious choice, but I’m talking about none other than Sex and the city. I never tire of it and admit to having watched the whole thing at least 2 or 3 times. Carrie, Samantha, Charlotte and Miranda, always on the lookout for real love… It’s not just sex, it’s New York, its hot spots, fashion and a pinch of feminism. Which one of us has never been able to identify at some time with one of them? There are rumours of a third film ….Do you think it’s true? I really hope so!

Azzurra: My all-time fave? Friends! I was crazy about all 10 seasons, spending whole afternoons watching episode after episode (again and again)… When I think of certain sketches I still giggle to myself, as if I had been sitting there on the sofa of Central Perk with all of them. They are unbeatable. Then there was Sex & the City, C.S.I., Alias, 24 and Dexter! Right now I’m hooked on Rookie Blue, a Canadian series about a police precinct. Obviously I have fallen in love with all the characters and their love affairs!

Tommy: Of the most recent TV series, a really original one I like is Empire: powerful story lines and music come together to make a compelling plot, which tells the story of two young sibling singers battling against each other to control a major record label. The soundtrack by Timbaland is a guarantee!

Chris: there are lots of TV series I’ve been hooked on at different ages over the years. The one that will always be dear to my heart for all the laughs, fun and good times which every minute of viewing has given me is definitely Will&Grace! I don’t think I have ever laughed so much in all my life; inimitable, unique characters like Karen Walker always manage to raise a smile even on bad days. 8 seasons, I think, where comedy, gay relationships, love stories, careers and everyday life are interwoven to make you feel part of something beautiful. Highly recommended to all, of course!!

Leo: I also recommend Mad Men. It is a unique TV series in its genre, set in the 1960s with fashion, creativity and rock & roll forming the perfect backdrop to the lives of what are original, intriguing characters! Mad Men are advertisers… crazy and artistic, with tangled, excessive lives perfect for undermining conventions and the hypocrisy of traditional, sexist 1950s society. Don Draper is the smooth, stylish creative director of Sterling Cooper, who seems to have come from another world, and in a sense he has… He leads his troubled existence moving from one illicit affair to another, impeccably dressed in tailored suits, with a cigarette glued to his lips and a glass of scotch in his hand. A truly compelling show, a real must-watch!!

Well, I think that between present and past series we have given you some good recommendations right? Now it’s your turn to give us yours!! Come on! 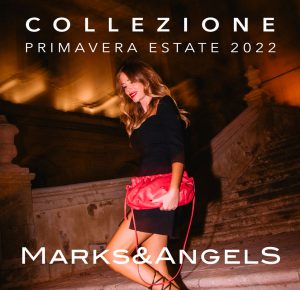