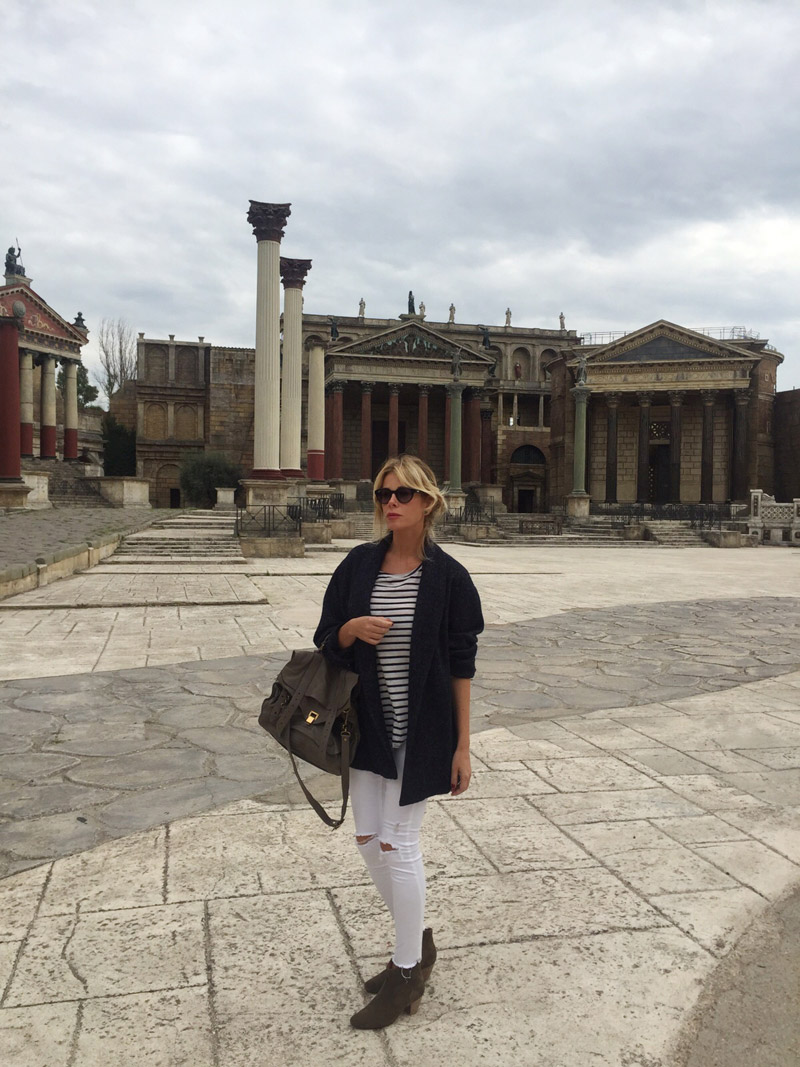 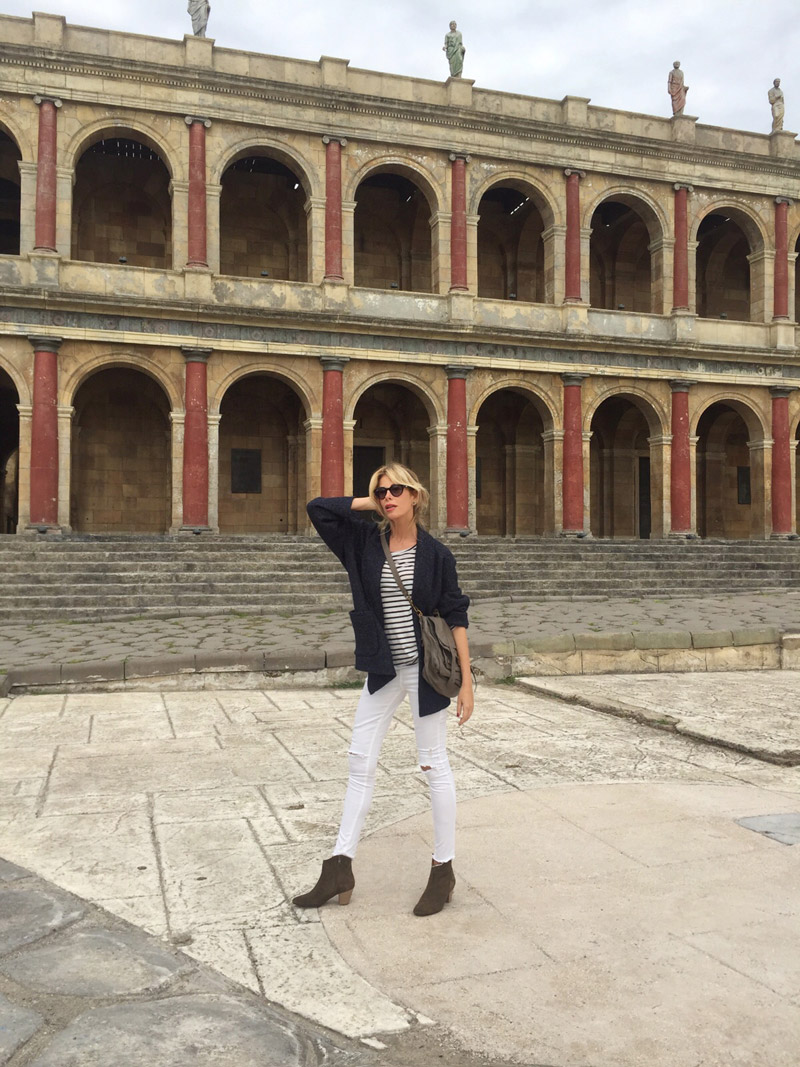 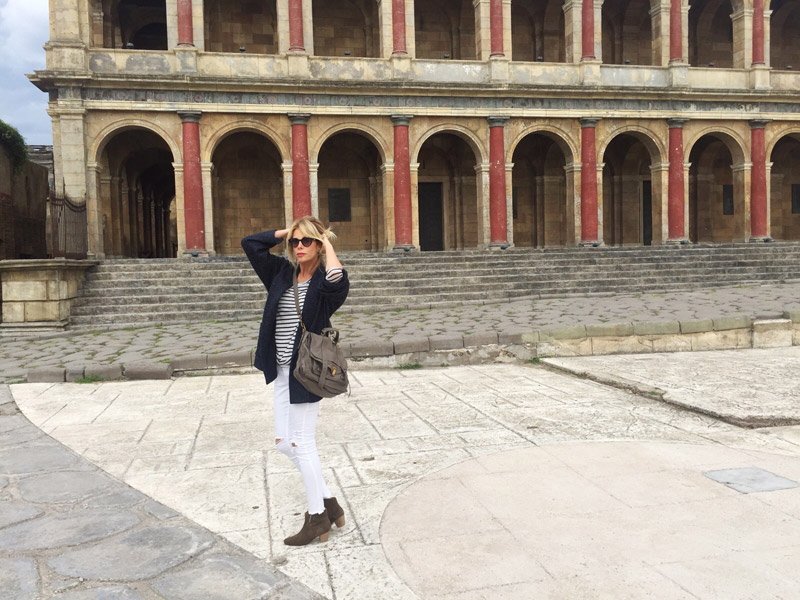 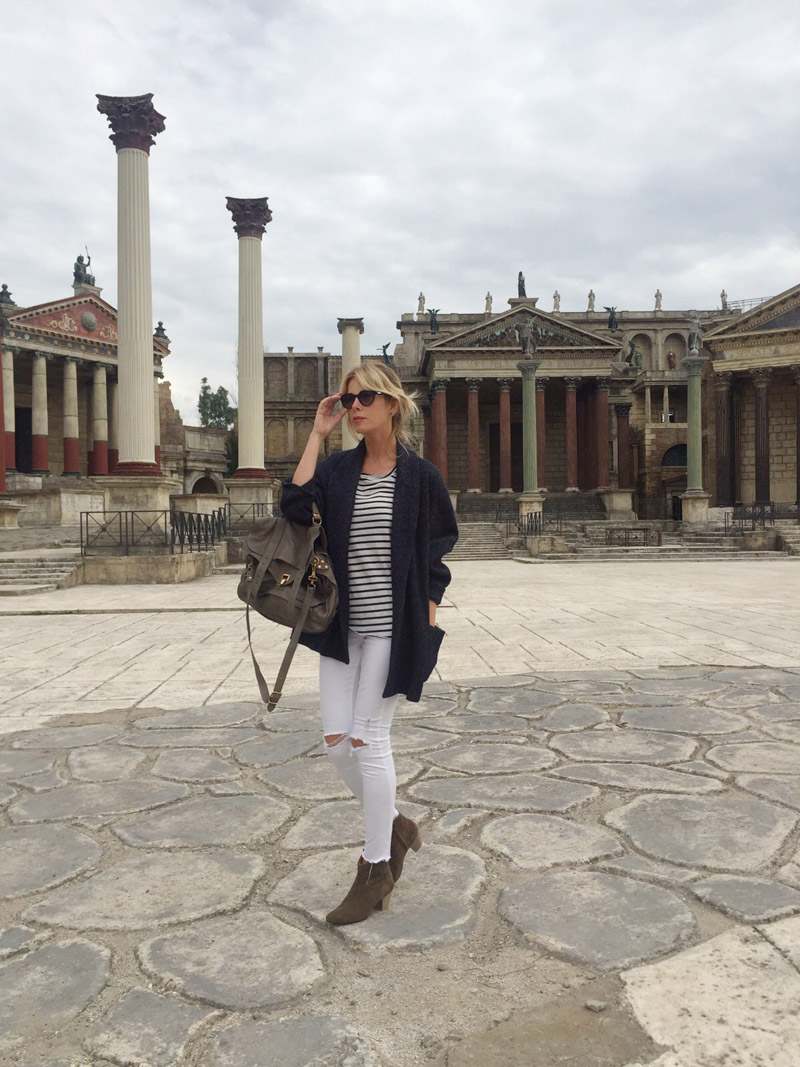 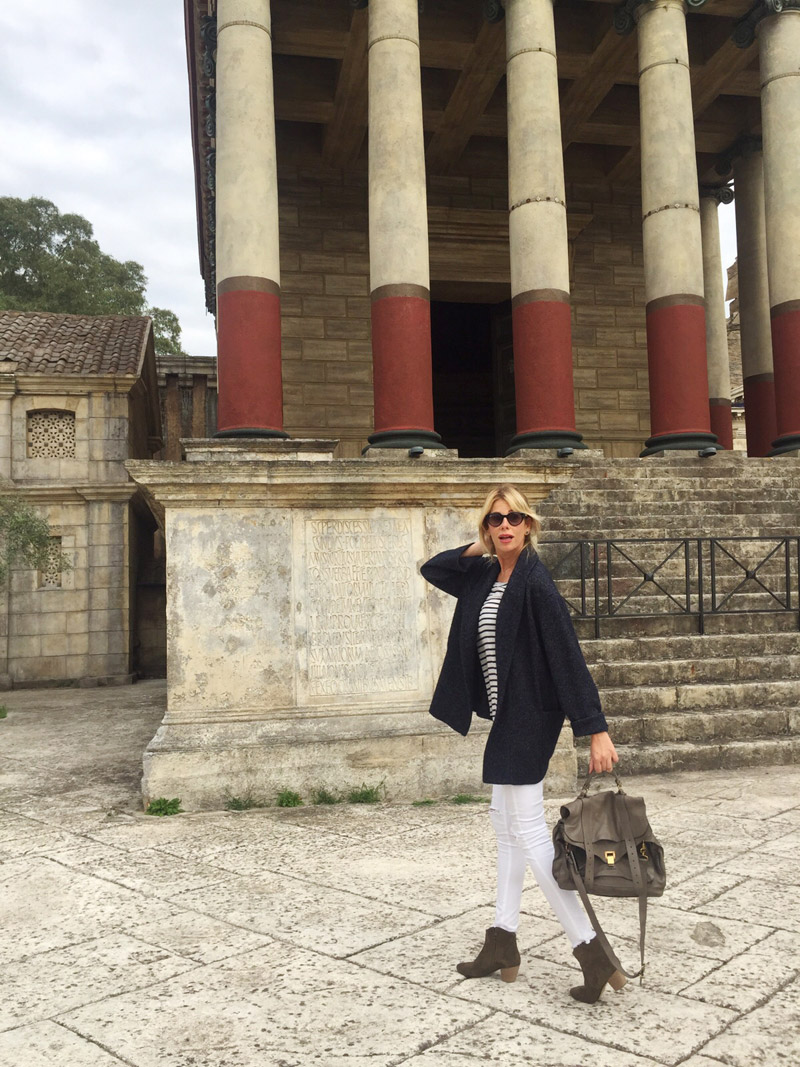 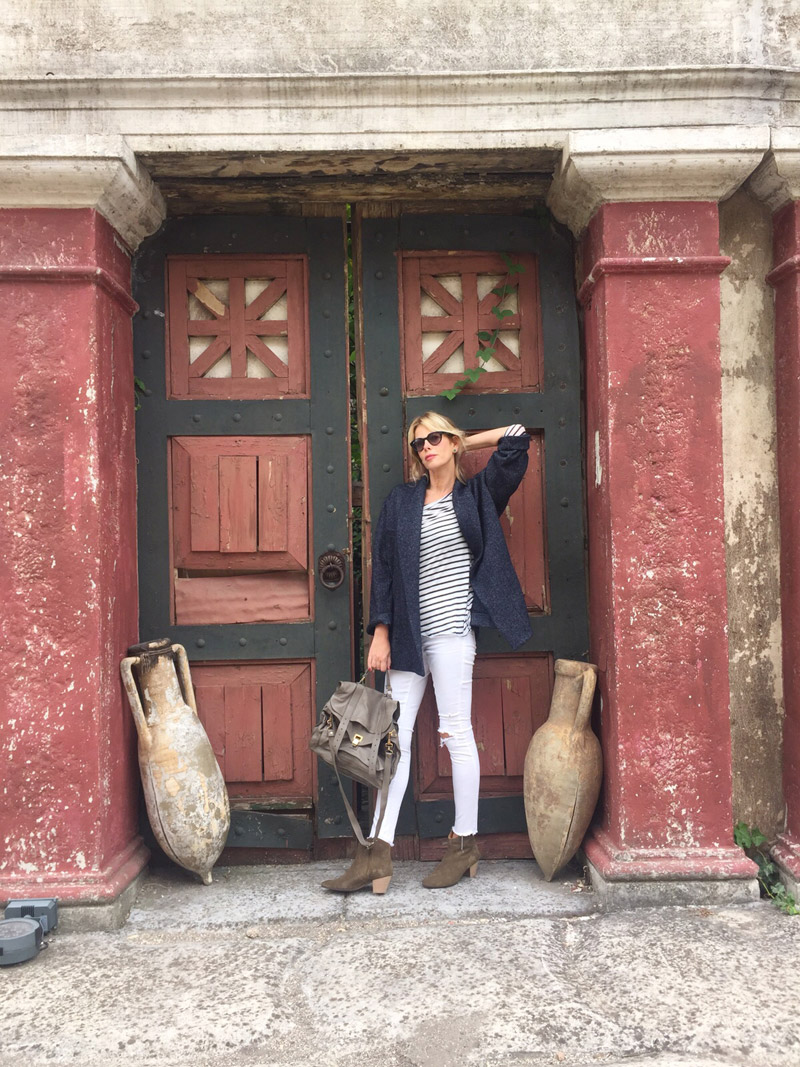 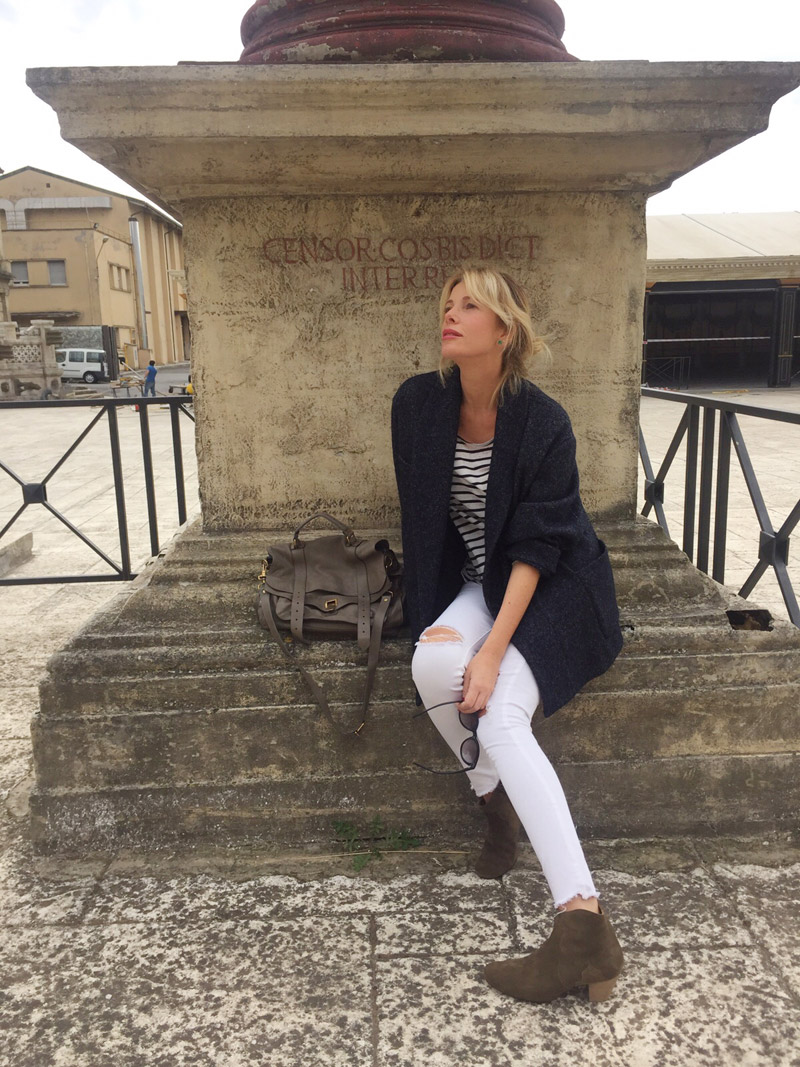 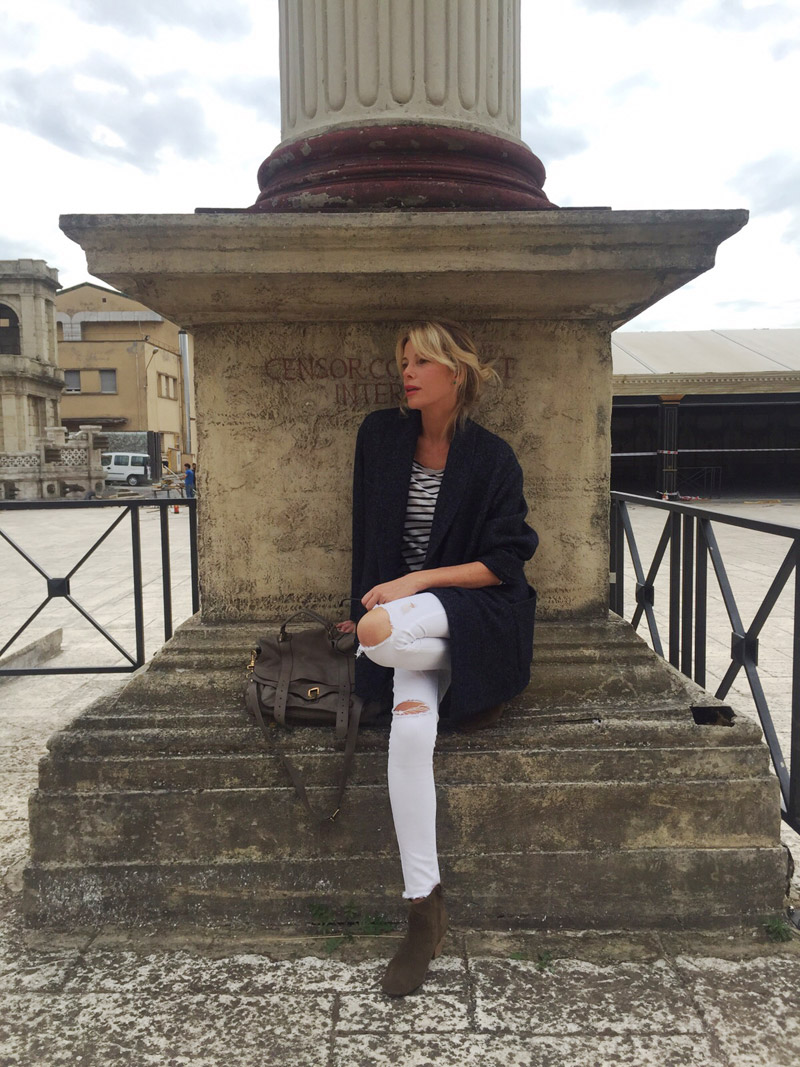 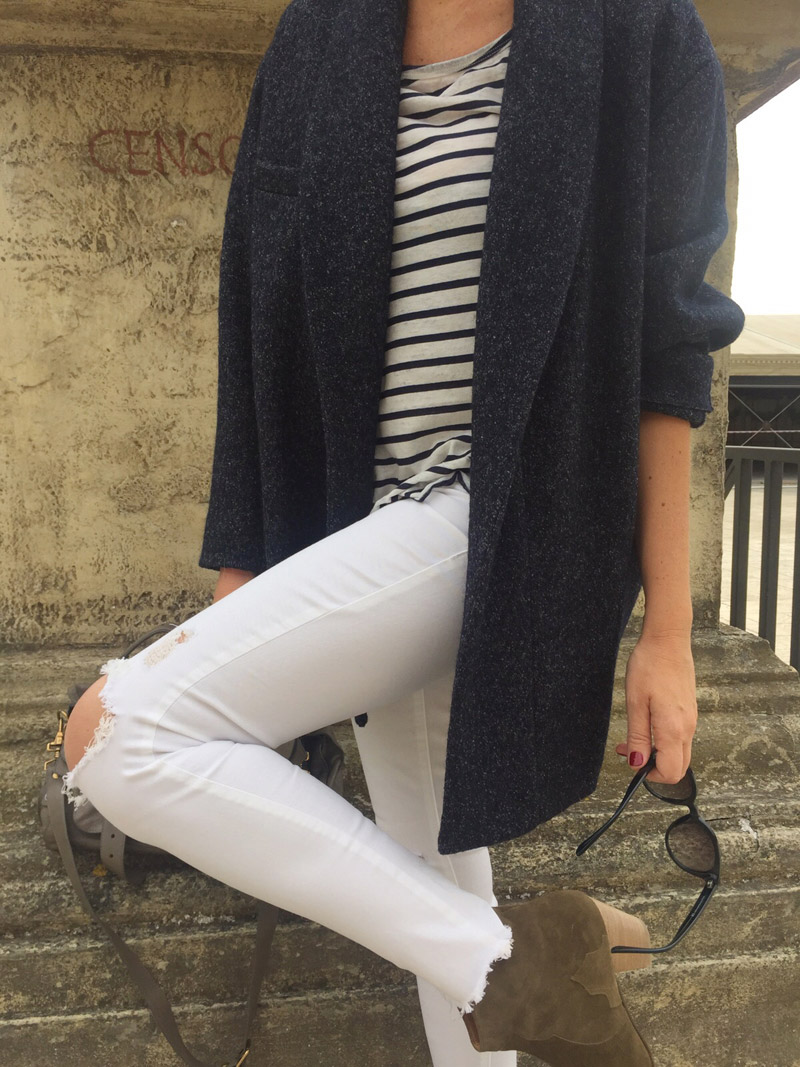 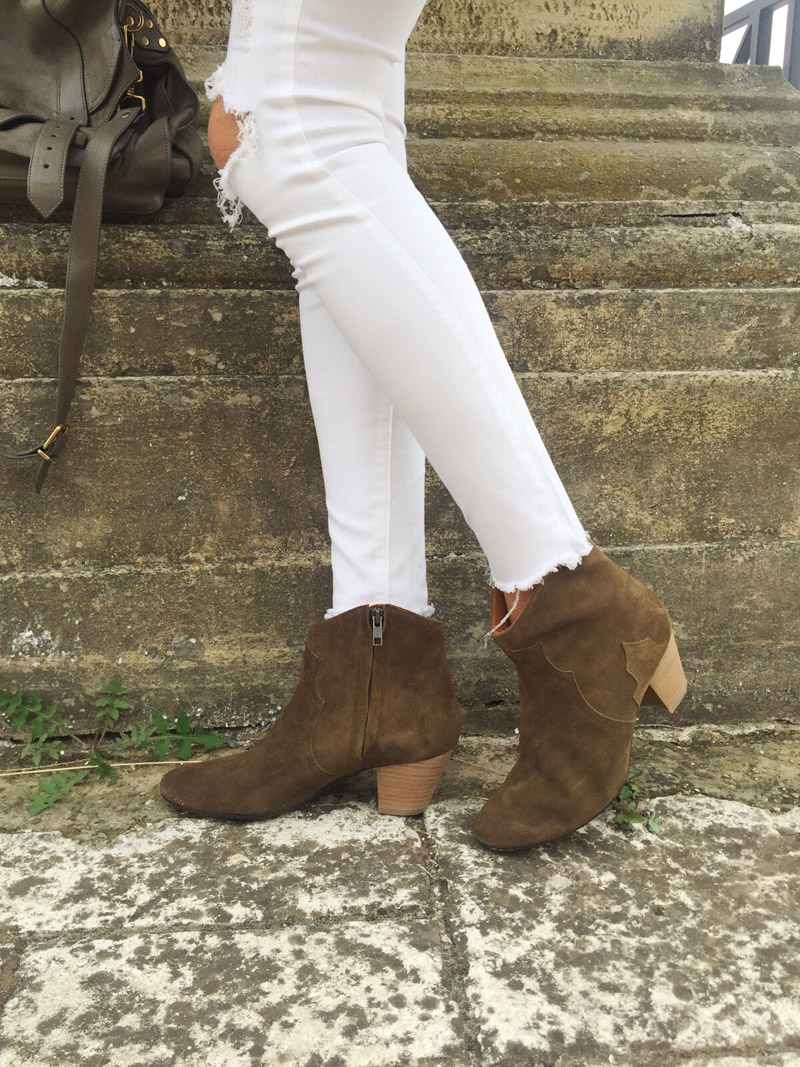 Here we are pinelle and pinelli!

It’s Wednesday already and time to go to Cinecittà for our day of general rehearsals!! But before going into production, and since we were early (strangely enough ahahaha), Claudia and I went to discover one of the Studios’ most famous sets. I must say that although I spend a lot of time here, I rarely get to check out the various sets, so we treated ourselves to this walk and ended up in Ancient Rome. 😀
The set was created for an American TV series, and it is still here! It’s a real dive into the past…like travelling back in time! 🙂 Many films have been shot here, and it’s been the set for lots of commercials!
As you can see from the photo, the sky was a bit cloudy and the temperatures were not what we Romans are used to… so I wore a nice navy blue jacket/coat with melange effect by Isabel Marant Etoile, over a plain long sleeved t-shirt by American Vintage. My white ripped jeans, a bit young Pinella style, are by Current Elliot, while you’ll recognise my boots as I’ve worn them a million times – the suede ones by Isabel Marant. To top it off, a fine big neutral colour bag by Proenza Schouler! Well, my outfit isn’t really in keeping with Ancient Rome… ahahhaa maybe just a tad modern, eh? 😉

I must dash now Pinelle, and I’ll see tomorrow on Canale 5 with #lapinellaindahouse!!! So c’mon!!!