Pinelle, you often ask me for info and recommendations on where to eat in Rome… so here is a list of my fave restaurants teamed with a photo taken a few evenings ago with my work group… my A-Team… ahahahah!!

Fish: For our work dinner we agreed to go to Assunta Madre in Via Giulia 14, one of the best fish restaurants in the capital! Besides this I also recommend ilSanLorenzo in Via dei Chiavari 4, an elegant setting and amazing fish, and Pierluigi in Piazza de Ricci, both in the old centre just a stone’s throw from Piazza Campo dei Fiori and Piazza Navona. I must stress that the bill in these restaurants is pretty steep, but, as you know… good fish is expensive!

Meat:  La Trattoria Due Ponti in the north of Rome, a place I often go to with Tommy and Mia and where I really feel at home! Make sure you try the cherry pie made by the owner… I pinched the recipe off her and I always make it!!! I also recommend il Toscano, in Viale Germanico… where you can try the famous Florentine T-bone steak. Don’t miss Al Ceppo, in Via Panama 2, really famous for meat and its truly intoxicating wine list!

Typical Roman fare: If, instead, you’d like to eat Rome’s most authentic carbonara, then you should definitely go to Felice a Testaccio in Via Mastro Giorgio 29, a typical Roman  trattoria with a real homely atmosphere.
Two other restaurants famous for local specialities, but high end, are Al moro (taste the pasta alla Moro), which is one of the best in Rome, and L’Antica Pesa (order the cacio e pepe) ,belonging to my friend Francesco Panella, with an international jet set atmosphere, well-known even abroad (it opened in New York a few years ago and more recently in Doha).

Lunch: I simply must urge you to try Gina, in Via  San Sebastianello, Piazza di Spagna or in Via Plana in Parioli, with its informal atmosphere, delicious smoothies and fantastic mini hamburgers for kids!
Alternatively, again just a stone’s throw from Piazza Di Spagna, in Via Borgogna, is Ginger, where they also serve an excellent breakfast. If you are taking a tour of Rome’s most beautiful squares, you’ll probably visit Piazza Navona right? Well, nearby, in Piazza delle Coppelle 44, try Maccheroni, a typical Roman trattoria where you can have a quick and tasty lunch!

Sunday brunch: I recommend Molto in the Parioli district, a modern, elegant setting in New York style… and fantastic in the evening too. One of my regular haunts!!! Another great place for brunch with the kids, recently opened and very spacious, is Caio, in Via di Villa Lauchli no.1, where you can have a nice picnic barefoot in the park!

Sushi: I regularly go to Hamasei in Via della Mercede, run by Japanese and very good quality! Otherwise I recommend Zen Sushi in Via degli Scipioni 243, which is very creative and you can also try the specialities on the conveyor belt at the bar, or there’s Shinto, which is very good with a slightly more chic setting, next to Via Veneto. Last but definitely not least is Oriental Restaurant Riso, in the Testaccio district: a new, fabulous place and not so expensive.

Romantic: And now for all you male pinelli! If you really want to wow your girlfriend, I suggest you take her to Le Jardin de Russie in Via del Babuino 9, where you can eat at the foot of Pincian Hill in the garden of the famous Hotel de Russie, or LaGensola in the heart of Trastevere, or at the smaller and more intimate Edy in Vicolo del Babuino 4.

Pizzeria: my personal fave? Il Buchetto in Via Flaminia 119… also known as “caccolaro”. You might feel a tad surprised when you first go in, but believe me the pizza is to die for! Make sure you try the custard “ventaglio con la crema” for dessert! If you happen to be in the Prati district, don’t miss out on the pizza from Nuova Fiorentina in Via Angelo Brofferio 51, famous also for its meat and fried food!

Vegan: I recommend Il Margutta in the historical and marvellous Via Margutta 118, in the heart of Rome’s old centre, where they shot “Roman Holiday” and home and constant inspiration to Federico Fellini.

Outside the city: If you get the chance to leave the city and head for the coast, in Maccarese you’ll find my friend at Da Renatone (from Antonella Clerici’s TV programme Ready, Steady…Cook!) at the Punta Rossa beach club. Bruschetta with clams and a glass of wine while you sunbathe!!! :-)))

See you soon pinelle and pinelli, I hope I’ve been of some help!!!! A big kiss also from my A-Team: Sabrina Laganà, Laura Cuppini, Claudia Scutti, Michele Moretti and Sabrina Farina. 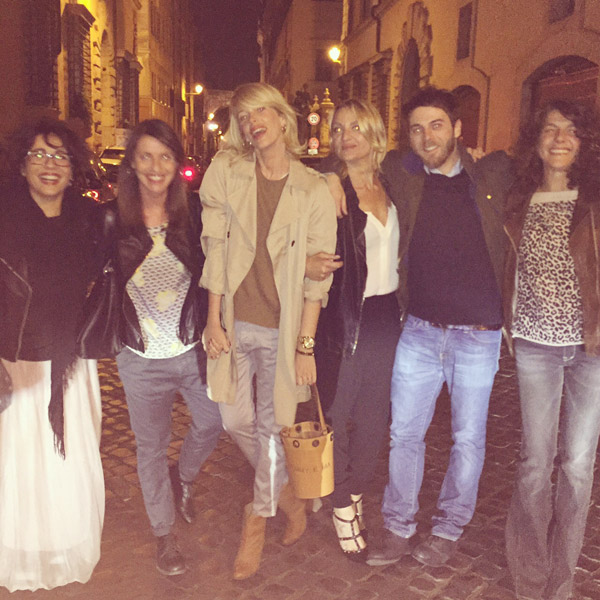 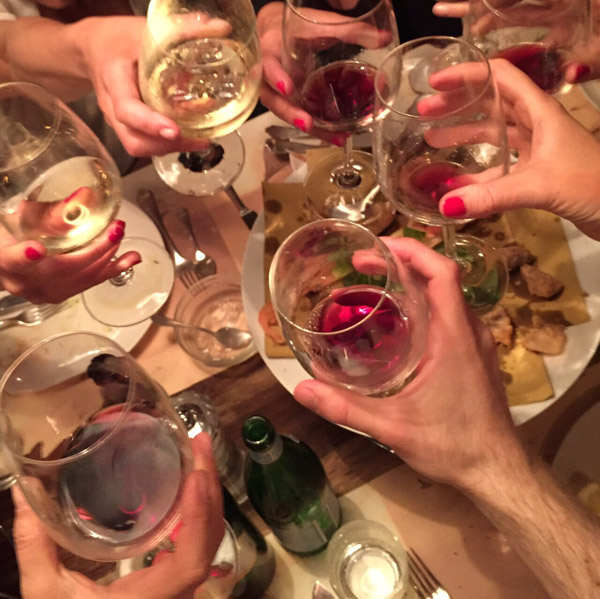